THE FOREMOST IRISH BAND IN THE NORTH WEST

Garva gave us a mixture of well chosen songs both traditional and contemporary ranging from Song for A Life, Keg Of Brandy, Fairly Represented to The Orange And The Green and Reconciliation even breaking out into Jigs and Reels at the drop of a hat in the fashion of The Chieftains thereby reinforcing their reputation as one of the best Irish Bands in the North West of the U.K and beyond.

Consisting of, in alphabetical order, Tony Gibbons, Steve Higham, Liam Murphy, John Murphy and Kevin Webster, it was in 2008 that most of the original line-up reformed boasting the two Murphys, father and son as two Uilleann pipers in the band, which we think is almost unique, the lads are now back and better than ever and plans are afoot for another CD, plus more festivals and club appearances. So the story continues.... 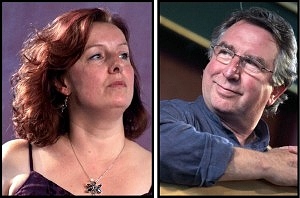