A first class concert with the ground prepared brilliantly by our resident performers during which time the room gradually filled. Then just when everyone thought they were having a good time Real Time burst upon us with Kenny starting off with The Gallowa' Hills, a fine traditional romp followed by some stirring violin, flute and whistle playing from Claire Mann and ably supported by Tommy Rosebugh on keyboard wo also created thir excellent sound and finally Judy Dinning with her guitar and bodhran.

It was then Judy who took centre stage with many wonderful songs like Shake Loose The Border, Carey and I'm Looking For My Own Lone Ranger, Bonnie Glenshee, Rock & Roll Slave, Fine Flowers In The Valley, Crazy Man Michael and To Make You Stay. In between Claire proved to be one of the absolute best musicians we have heard at the club and someone whose career is to be followed closely. If you haven't got their albums in your collection go to their website immediately they are brilliant!!!! 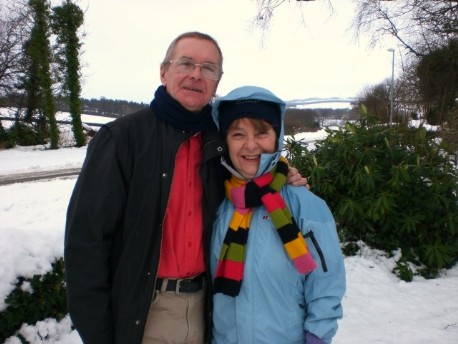