These two people emerged, individually onto the Folk scene many moons ago from different line-ups. Joining forces around 16 years ago as part of the much acclaimed trio ‘Risky Business’. Bringing a combination of music, although predominantly contemporary, to both the Festival and Folk club circuit. Now after a break, we are pleased to see them return as a double act, entertaining us with the same quality sound we have all enjoyed over the years. Ken has been admired for his ability to enhance and strengthen the personal achievements of many a singer and musicians over the years with his competent and dedicated playing. Also, if that’s not enough, has now started to gain a huge reputation as a serious guitar builder! Just take a look at his site to find out more about powell guitars. Ruth remains to be one of the most exceptional female vocalists in the UK. Her interpretation of the material they choose leaves no one in doubt of her abilities as a singer and seems to be, dare we say “improving with age”.

Tom McConville, primarily known as The Newcastle Fiddle Player,is one of the leading fiddle players of our time. A virtuoso musician and fantastic singer, his rich and warm voice makes his interpretation of traditional and contemporary songs greatly admired by singers throughout the world.
In great demand as a performer, session musician and teacher, playing the fiddle is his lifelong passion and he has achieved every player’s dream of creating his own unique, instantly recognizable sound.

From starting in folk clubs as a child bride, and then writing & performing at the Octagon theatre in Bolton, the career has alway combined singing and acting. From TV programmes and films such as Coronation Street, Emmerdale, Phoenix Nights, Dinnerladies, Alan Bennett films, Brassed Off, My Son The Fanatic & Steve Coogan’s Coogan’s Run, to the many radio plays and programmes presented or guested upon, there has throughout been a steady stream of LPs and CDs - eighteen to date, the early ones all now remastered to CD.

The return of REAL TIME

A beautiful singer, once with Jez Lowe, a brilliant guitarist. once with John Wright and an award winning fiddler

REAL TIME are a Borders based band formed in 2002 by Kenny Speirs and Tom Roseburgh (both ex John Wright Band) and Judy Dinning (ex Bad Pennies and Lucky Bags). They have played with a variety of instrumentalists and now tour with Claire Mann on flute, whistles and fiddle. Their repertoire includes not only many songs and tunes from both sides of the border but also contemporary and self-penned material, and to date they have released four albums to wide critical acclaim. In 1998 Kenny released his first solo album "Bordersong" followed in March 2002 by "North Wind Blowing". The latter included five self-penned songs. His most important project has been the formation of Real Time with Judy Dinning and Joe Wright. From her earliest years Judy Dinning had a passion for music and singing and eventually she began singing and piano lessons with a local teacher in Hexham.

Since winning the prestigious BBC Radio Scotland Young Traditional Musician of the Year 2006 she has appeared at international festivals such as Tønder (Denmark), gone on tour with Scottish Folk orchestra The Unusual Suspects and recorded her debut album.

‘Heartsease (viola tricolour)’ was released on Footstompin’ Records earlier this year and has captured the imagination of listeners and reviewers alike. It fuses musical agility with thematic concept, traditional Borders style with contemporary flair, and it’s no surprise that it has gone on to have plenty of positive feedback, including ‘Top of the World’ (editor’s choice) in Songlines magazine, 5-star reviews in The Herald and multiple broadcasts on BBC’s Late Junction.

“From solo fiddle to full band, the fiddle dances and sings through beds of flowers to end in an astonishing collaged séance with past Borders fiddle masters in a hymn to her homeland." — Norman Chalmers, Scotland on Sunday

A top night in store. 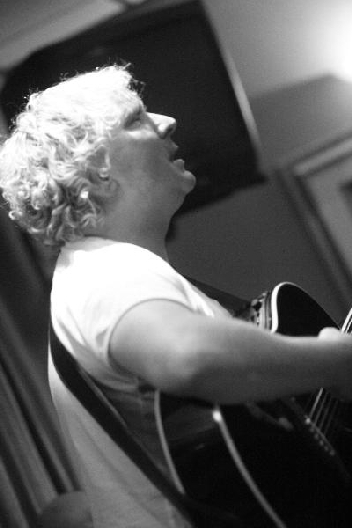