Garva - What other Irish Band can deliver like this

GARVA were another sell-out making it THREE IN A ROW on ST PATRICK'S NIGHT - 17 March. GARVA had a very successful 10 year spell at the top of the British Folk Scene and even made several very rewarding sorties into Europe being extremely popular in Holland and recording a CD there. The reformed GARVA, were led as usual by Tony Gibbons who treated us to some old favourites like Taglione and gave a masterly display on the cittern. John Murphy, a legendary Uilean piper, banjo and mandolin player, had recently returned from Ireland where he was playing four nights a week but only on banjo so it was a delight to hear the full range of his talents not least his great singing like on Wichita. Steve Higham the other lead singer, who replaced Shay Black early in the original band's career, also reminded us of his talent with Song For The Life and Reconciliation and his anchoring of the band on guitar. Kevin Webster, a world champion melodeon player who was at his sublime best, and now John's son Liam Murphy played Uilean pipes and D whistle to complete the perfect lineup for an Irish Band. Liam even duetted with his dad giving us the rare experience of two world class Uilean pipers performing on the same stage. All round round an excellent evening made even better by the first class O'Holroyd's Irish Stew and the GUINNESS and LAGER promotions. 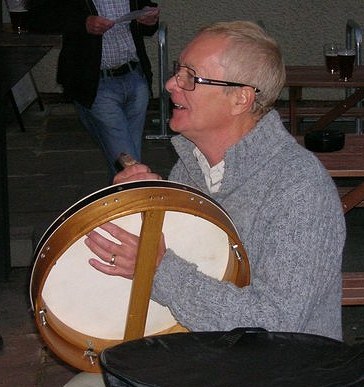