A full house was soon joining in the choruses of old favourites Lesson Too Late For The Learning, The Galway Shawl and San Francisco Bay Blues led by Don & Heather who also sang their own Dances for Dollars. Pepper Street then took over with the traditional North Country Maid, Cruel and then Blues Stay Away From Me with brilliant guitar and harmonica solos from John before closing with Carole King's You've Got A Friend sung by Bernice.

Then the moment came that everyone had been waiting for when Bernard Wrigley took the stage. First he belatedly remembered Christmas celebrated in his house with a tray of pig's feet and Uncle Joe's Balls in A Jar and then he took us down memory lane to our schooldays before bringing us back to the present with a string of funny stories ranging over his career involving many appearances in TV adverts like the one for Guinness in which he joined the Guinness Club and his friendship with the likes of Mike Harding.

The whole evening of stories and silliness was liberally decorated with great songs like Corrina, Corrina and great tunes like Ain't Misbehavin' but humour was the order of the day with Fisherman's Friend, Have t' Bin Men Bin Mam? and Ding Bloody Dong, the words uttered by the wife's lover hiding in the wardrobe when her cuckolded husband took the hammer to his plums which were trapped between the wardrobe doors as he hid. They were hanging loose and bell-like and his wife had said they didn't work but the husband proved different. Finally his version of Girl From Ipanema and the climactic Knocking Nelly, parts 1 and 2 if you see what I mean, brought the evening to a fitting close leaving people unwilling to leave their seats. 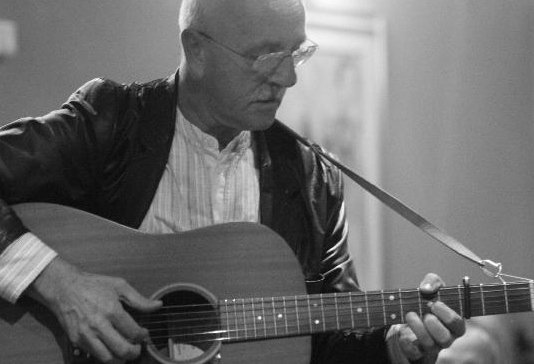