Newsletter No 558 21 January 2020
Another healthy crowd greeted host MARK & JAN who gave a nod to Burn’s Night with YE JACOBITES followed by KATH & STAN who asked MAY THE CIRCLE BE UNBROKEN before ALLEN OGG san of the THREE FISHERS. Next for PETER BRIDGE it was AFTER RAIN and JIM & LYN were GOING TO HAVE SOME FUN and PETER ROBERTS was with the GIRL OF THE NORTH COUNTRY. No wonder PAUL McD retorted TILL I GAIN CONTROL AGAIN. Then we all found it funny with HILARY and her ONE-LINERS followed by HEATHER who had us chanting to Les Barker’s EARWIG-O. Obviously DON & HEATHER thought they were PAST THE POINT OF RESCUE as ANN delivered a SOLILOQUY ON A SAFETY PIN and ED declared I’VE AN ANTI-SOCIAL PROBLEM. On the other hand PAUL RILEY got the HESITATION BLUES just as JAN celebrated the JANUARY MAN and PETER B came OUT OF THE SNOW, Next JIM & LYN went deep Lancashire to meet A MON LIKE THEE but ALLEN was all at sea with ROLL THE OLD CHARIOT ALONG and MARK was whaling with his LITTLE POT STOVE. Coming to the break KATH & STAN sang hurry BEFORE THEY CLOSE THE MINSTREL SHOW as PAUL McD turned to EVANGELINE and DON & HEATHER pleaded for RECONCILIATION.
In the interval the bumper raffle saw Jim win the Rose Wine. Peter Bridge win the Red Wine, Peter Roberts win the Box of Tea, Margaret win the Handwash and PAUL R win the Chocolates before starting the second half with his song A NOODLING LIFE FOR ME. Next ED gave another nod to Burns with THE HAGGIS HUNTER but PETER R said I DON’T WANT TO TALK ABOUT IT which made ANN laugh along with some of her JOKES and this carried on with HILARY and more of her ONE-LINERS. It was relief then to have a lusty sing with ALLEN and BYKER HILL AND WALKER SHORE. For PETER B faux news and FABLES AIN’T NOTHING BUT DOGGONE LIES before JIM & LYN eulogised this DIRTY OLD TOWN and KATH & STAN asked us to meet then in the WILLOW GLEN. For PAUL R it was a case of THAT’S WHAT MAKES THE WORLD GOES ROUND but for ED it was RED HEADED ANN and for PAUL McD it was the BROWN EYED GIRL. Rising to a big finish DON, HEATHER & PAUL sang us out with WAGON WHEEL before MARK & JAN told us it was THE END OF THE LINE. A top night.
Newsletter No 557 14 January 2020

They flooded through the door before DON & HEATHER kicked off with GALWAY GIRL and PAUL RILEY stayed on with ANOTHER YEAR HAS COME and CHRIS stepped up to WEATHER THE STORM before CLARE appropriately told the story of the WIDOW’S MOOR. Then there was a big welcome for our old friend DAVE BOULTON with a new song SESSION ON THE OTHER SIDE before ANDY announced WE’RE GOING TO THE SALES and JAN & MARK rushed off to ROTTERDAM. With another big decision PAUL McD sang I’LL WRAP MY SOUL IN THE BOSOM OF ABRAHAM (Emmylou Harris) and IAN did it TENDERLY before HEATHER confessed JE NE SAIS QUOI. Next MIKE COSGRAVE raised merry hell with COME ON ENGLAND before ED told of a COMICAL GENIUS before JAMES sang about a TEQUILA SUNRISE and SIMON joined JAMES to explain that THIS THE WAY WE MEND A BROKEN HEART. Returning PAUL RILEY addressed the weather with HEY RAIN which had CHRIS THINKING OUT LOUD and with another new song DAVE BOULTON commented COME BACK HERE AND TELL ME THAT WE’RE CLEVER whereas MIKE COSGROVE was more pragmatic with COUSIN JACK as was PAUL McD with LAY DOWN SALLY. For MARK & JAN there was NO USE CRYING which left ANDY to celebrate THE JANUARY MAN but for IAN it all gets better AS TIME GOES BY especially if you AIN’T MISBEHAVIN’ sang JAMES and certainly on a SALFORD SUNDAY sang SIMON with JAMES.
In the bumper interval raffle Vic won the Bottle of Red Wine, Barry won the Box of Chocolates, James won the Christmas Pudding and Ian won the swanky Handwash before ED informed us that he had just STARTED LEARNING TO PLAY THE GUITAR. Next CLARE decided to FOLLOW THE HERON HOME and PAUL RILEY got on the MOBILE LINE before CHRIS found himself at the TERMINUS. With his third new song DAVE BOULTON had us singing the great chorus in GOLDEN DALE followed by MIKE C with a SONG FOR IRELAND and JAN & MARK who were DOWN IN THE EASY CHAIR. In full melancholy mode ANDY admitted I JUST DON’T THINK I’LL GET OVER YOU before IAN played a cheerful IMPROVISATION leaving JAMES to get the COCAINE BLUES nad with SIMON to taete some TUPELO HONEY. This left the rousing finish to ED with TREAT MY DAUGHTER DECENT and PAUL McD with WHATEVER HAPPENED TO SATURDAY NIGHT. Very appropriate to end a superb night all round!

The first night back after the festivities saw KATH & STAN welcome decent sized crown with WINDMILLS followed by DON & HEATHER with SAN FRANCISCO BAY BLUES as a tribute to recently deceased Brian Thornley. JAN quickly followed with MAE NGHARIAD YMUELL to the tune of My Bonny lies over the ocean and MARK with LITTLE POT STOVE before ARTHUR changed tack with his DUNCAN SMITH’S GOT A KNIGHTHOOD SO EVERYTHING’S ALRIGHT and PETE MINERS followed with his RUSTY RED BOX (FOR FIDO). Next PAUL RILEY had a dream and sang MICHAEL ROW THE BOAT ASHORE & SWING LOW SWEET CHARIOT with his BIG BAND in tribute to Brian Thornley RIP. Then ED got down to business with CHILDHOOD MEMORIES from Iris Dement and PAUL McD sang FEELS LIKE RAIN by John Hiatt a favourite of Brian Thornley before KATH & STAN played 2 tunes on the whistle and cittern, TWIGLET & BODMIN RIDING. Next JAN & MARK teamed up for WE’LL HUNT HIM DOWN and HEATHER was dog training with STAY, GO, FETCH by Les Barker before DON & HEATHER joined up to ROLL ON THE DAY. With a song that greatly resonated with him ARTHUR gripped us with BIRD ON A WIRE by L Cohen but luckily PETE MINERS then had us smiling again by MUSING ON WORDS eg why women don’t object to Manslaughter. Next PAUL RILEY claimed it was as GOOD AS I’VE BEEN TO YOU before more pragmatically ED extolled the virtues of THE FLUSHERS as did PAUL McD with GIRL from the Beatles before KATH & STAN retired to the SLEEPY DESERT for the half time break.
In the bumper interval raffle Jill won the Bottle of Red Wine, Heather Kenyon won the Box of Chocolates, Kath won the Box of Biscuits and Vic won the Candles before JAN & MARK started the second half with DIMMING OF THE DAY and DON, HEATHER & PAUL visited the RED ROSE CAFE before leaving PAUL to ride on THE OXFORD AND HAMPTON RAILWAY. Getting into full flow ED sang RAMONA whereas PAUL McD had that PEACEFUL EASY FEELING while KATH & STAN were in BLACK WATERS. For JAN & MARK they thought IT TAKES A WORRIED MAN to sing a worried song and it took HEATHER KENYON seconds to assume the role of THE CLOG MAKER complete with real dialect before and sadly DON & HEATHER had NOTHING TO SHOW FOR IT ALL. Coming to a big climax ED told some tall tales before we erupted SHURRUP YA BLOODY LIAR and PAUL RILEY sang the British version of THIS LAND IS MY LAND which left PAUL McD to belt out a great version of CARRICKFERGUS followed by BAD MOON RISING to end a superb night of great music and humour. 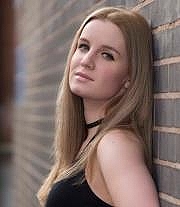