This year a lucky 11 people from SALE FOLK CLUB decided to rent a converted Catholic Church in Betws-y-Coed for 4 nights from Thursday 30 December 2010 until Monday 3 January 2011. This was a ground breaking venture and everyone had a great time. Ed & Sue, Heather & Derrick, Don & Heather, Rob, Terry, Kate, Joan and Jackie were joined by Robin & Elizabeth from their B&B just round the corner.

Meeting up on Thursday afternoon Heather & Derrick soon had dinner organised and this gave everyone strength for the festivities which included a couple of Ed's quick quizzes followed by songs from Rob, Terry, Ed, Don & Heather and debutant Joan who promised her Love Me Tender at the club soon.

After Ed's speciality breakfast, New Year's Eve morning started with a walk up the river to the Miner's Bridge and then, on to Swallow Falls for the keen, but, for the less keen, a smaller circle back to Betws and into the cafe before visiting the Sales (75% off). Another excellent dinner from Heather & Don then set us up for welcoming in the New Year with an extended sing around which this time was graced by two further debutants Jackie with her Pam Eyres poems and Kate with two songs, whatever next?

Most people were a bit subdued after breakfast on New Year's Day but hardy annuals Rob, E, Terry, Jackie and Heather headed for the hills while the wimps trailed into Llandudno to pick up vital supplies?!? As you can imagine, the evening session was a little more subdued but again games meant prizes.

Sunday prompted a ride into Beaumaris, a bit of sea air and an excellent cafe before returning for some R&R in Betws-y-Coed and a lovely dinner provided by Kate followed by some more quizzes, games and excellent craic with excellent prizes for the winners.

On Monday we couldn't believe it had passed so quickly and determined that it should be the first of many. 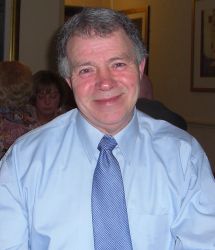