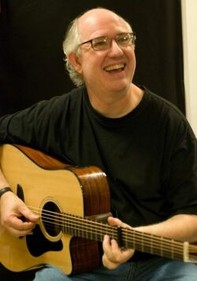 One of the "1000 Great Guitarists"..Guitar Player

Born and raised in Manchester, England, Clive is an accomplished singer, musician and record producer. He started his professional music career in 1980 as the leader of cult band Any Trouble.

The group toured extensively in support of five critically acclaimed albums and a number of singles that became radio hits before disbanding at the end of 1984. Fondly remembered and greatly missed, the band reformed in 2007 to record a brand new album entitled "Life In Reverse" and play their first live show in 23 years. A packed house at the Jazz Cafe in London sang along with a mixture of old and new favourites... and apparently quite a few tears were shed.

Along the road from pop frontman to singer-songwriter, Clive has followed many musical diversions. Between 1985 and 1992, he  formed a partnership with Christine Collister that Rolling Stone called "the state of the art in British folk-rock". They released five albums and toured the UK, USA, Canada, Europe, Australia, New Zealand and Japan. Christine's distinctive voice allied to Clive's songs, instrumental and production skills created something truly special and their decision to call it a day left a huge gap in the roots music scene. The entire Gregson & Collister catalogue plus a "Best Of..." compilation were re-issued in 2009.

Clive has also toured and recorded with Richard Thompson (1982 to 1992), Nanci Griffith (1996 to 2007), Eddi Reader and Boo Hewerdine (1993 and 1999), Plainsong (1997) and he was the musical director for the Dennis Locorriere "Hits & History" tour in 2007, which resulted in a gold album and a concert DVD that also charted. His songs have been recorded by many artists, including Nanci Griffith, Kim Carnes, Fairport Convention, Claire Martin, Norma Waterson and Smokie. Nanci's version of "I Love This Town" (performed as a duet with Jimmy Buffett) was released as a single in 2006 and became a radio hit in both America and the UK, receiving more than 5,000 spins in the USA.

Clive relocated to the USA in 1993. He continues to tour regularly and write prolifically. In recent years he has also run a number of songwriting workshops and master classes and remains in demand as a record producer and session musician. Obviously there's no sign of Clive slowing down just yet! 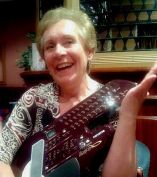