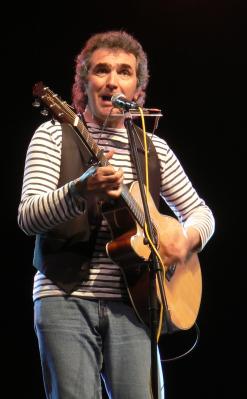 
Carl Corbett's favourites and they are the best. Jez Lowe and The Bad Pennies have been playing their songs and music of Northern England for almost twenty years around the folk festivals, clubs and concert stages of the world.

"Acoustic simplicity coupled with electric vitality" was how they were described in their early days, and with half a dozen albums to their credit, along with solo albums by Jez and by other members of the group, their following has continued to increase.

Strong vocals, backed by outstanding instrumental back-up on guitar, cittern, fiddle, fretless bass, keyboards and Northumbrian Pipes, have made them one of Britain's top attractions on the folk/acoustic/celtic circuit.

They revisited some old favourites like High Part Of The Town and The Bonny Barque The Bergen but with new arrangements and a different sound and then treated us to some new songs such as Dark Trade and some brought out from the hidden depths of Jez's repertoire making a totally magical evening of superb folk music. 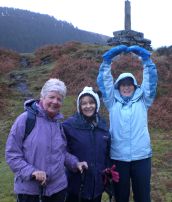